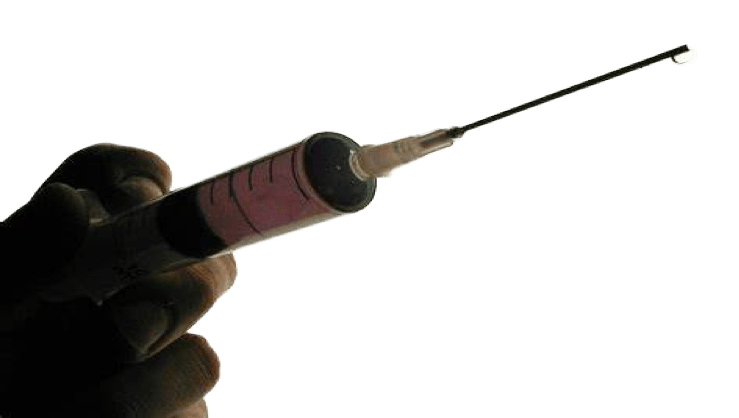 Starting in October of each year for the last 30 years of practice, I am frequently asked the question, “Is that your real hair?” No, I am just kidding. The question people ask is:

“Should I get the flu shot?”

Like all of my health newsletters, I will attempt to answer with facts and not with governmental promotion, big pharmaceutical propaganda, or fear-based medicine.

Can you explain what is the flu or influenza?

The flu is a viral respiratory disease that can be contagious. Symptoms may be mild or severe infecting the nose, throat, and lungs. In severely immunocompromised people, it can lead to death in rare cases. The mortality rate is only 2 people for every 100,000. It is spread through water droplets by coughing, sneezing, or touching surfaces. The most common symptoms include sore throat, fever, body aches, coughing, and extreme fatigue. Coincidentally, these are also the symptoms of an acute, respiratory infection. Flu season typically begins in October and lasts all the way to March.

What are the different types of flu?

There are type A, B, and C influenza viruses with the most common being type A. Type A is highly variable and mutates frequently over time. This makes it incredibly difficult to predict which strain will manifest itself during the upcoming flu season. Because pharmaceutical companies need to start mass producing these vaccines as quickly as possible, the decision on which strain to attack is made in February for the October-March season.

How does the flu shot work?

The influenza vaccination is designed to stimulate the body’s immune response in the form of antibodies. These antibodies then target unique sites on the virus for attachment. The next time it recognizes that virus, it will then reactivate these same immune cells. There are three types of vaccinations- live, attenuated, and FluMist which is a live nasal spray. Because of a 97% failure rate in previous years, FluMist is not as highly recommended as it was previously.

What’s in the flu shot?

Besides the actual flu strain, it also contains the following:
antibiotics, formaldehyde, chicken egg proteins, canine (dog) kidney cells, detergent, pork-based gelatin, and thimerosal (which contains 50% mercury). These additives are potentially poisonous, carcinogenic or potentially harmful to your skin and gastrointestinal, pulmonary, immune and neurological systems. They can also cause a severe allergic reaction in some individuals.

So that’s a little disconcerting but who cares if it works, correct?

Let’s take a look at the CDC’s own statistics from 2018-2019. Last year’s predominant flu type was A(H1N1)pdm09. The most susceptible group to influenza are people like me-50 years of age and above (I know what you are thinking, “Wow he looks great for…65?”). It had only an 8% effectiveness against that particular strain for this group. Overall, it had only a 24% effectiveness against all flu types for that same group. For all ages, it was only 36% effective for influenza type A and B. Remember, we said that the flu mimics acute, respiratory disorders. There are over 200 viruses that cause influenza-like illnesses that are not the flu. The flu shot does nothing to protect you from these viruses. Of all ARD cases last year, only 14% were confirmed flu cases. That means the vast majority of cases last year –86%– of all respiratory illnesses was something other than influenza type A or B. Looks like a duck, quacks like a duck…but is definitely NOT a duck.

But I get the flu shot every year…doesn’t that build up my immune system?

The problem is with something called “original antigenic sin.” Don’t call Aunt Edna asking her where this is in her bible. This has nothing to do with Adam and Eve. The scientific definition of original antigenic sin means the more seasonal flu shots that you get, the less protected you actually are. Because the influenza virus strain changes slightly from year to year, the most recent flu shot may be ineffective. That is because antibodies produced from your original encounter with the flu (from vaccine or actual infection) tend to take precedence over ones generated by later inoculations. Your body then becomes less protective with each dose “even when the vaccine is a good match for a given year.”

Is there anything I can do naturally instead of the flu shot?

Infection will only attack an immunocompromised host. It is imperative that you boost your own immune system now instead of waiting until it is too late. Do consistent cardiovascular exercises, eat a diet with minimal simple carbohydrates and sugar, take high-quality vitamins and minerals, drink half of your body’s weight in ounces of water, and get good sleep. My own strategy are those things listed above and making sure that I am getting adjusted on a weekly, wellness-type basis (hence the name Wellness Dallas). This will also increase my immune response 200 times stronger than that of a normal, healthy individual according to genetic research. I also start taking Dr. K’s Immune Formula in October which is a natural blend of antioxidants and anti-inflammatories. Even if you get sick, these two things will ensure your recovery time will shorten dramatically. So should I get the flu shot or not? My advice is to make your own informed and intelligent decision but also be diligent in being proactive with your body’s own natural immune response.